The selling season for Usborne is over. It’s been a rocky ride, obviously shown from the company never being able to rebound from its all-time stock price that occurred roughly this time last year.

Let’s do a very quick review. When Usborne started with their $25.00 kit back in 2014, it did not make much noise. In September 2015, it was offered again and it put a very small, unheard book distributor on the map. Thousands signed up. The problem was and continues to be, no one in Tulsa was prepared for the mother of all TNT growths. Shipping delays developed during the fall, which is the most active time for the company and carried over into the 2015 holiday season.  There was a black Friday sale. It caused the website to crash—imagine that. A couple of books, specifically That’s Not My Reindeer was sold at 50% off, and was matched at Barnes and Noble, and Consultants bought them in bulk, causing the book to go out of print before December. Why would Consultants do such a thing? So they can sell it downline for a discount, and full priced to customers unaware of the 50% sale PLUS their 25% discount or commission.

Fast forward to this fall’s selling season. It’s looking to be a disaster, despite what the fearless leader says. That’s Not My Reindeer is back in stock and available at Barnes and Noble for the regular price. No black Friday sales. No cyber Monday deals from the company.  More blame, more pointing fingers. Then this notice is sent out:

It’s hard to believe sales are higher than they were last year. If that is true, and that’s a big IF, it’s because of consultants buying and not a true customer. There is a rush list circulating that pushes Consultants to the top of the ship list. How would that make you feel knowing your order was not processed and shipped in the order it was received? Well, that’s exactly what is happening. Remember, Consultants are the real customers of Usborne.  To encourage people to keep buying throughout December even if the order does not arrive by Christmas because everyone should want books come January and February, the slowest time for the Company is just another slap in the face and shows the company does not give a rat’s ass. Maybe books would be a lovely gift for President’s Day. The gift certificate system does not work properly, and really do yourself a favor and buy a gift card from, I don’t know, Barnes and Noble perhaps?! 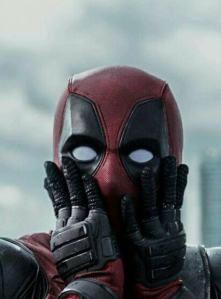 Even one Consultant realizes this shopping season is over and is begging people to sign up and have a party in January, because free double books. Shock alert: Free double books are made available every January, this is nothing new.

Our last blog post talked about Usborne’s need to revert back to their old system. The company said the system is not compatible with their needs, and until they can hire the right kind of people to do the work, lies about shipping will continue.  The following quote was published along with Usborne’s un-audited quarterly report in October:

“The Company has experienced explosive growth during the past 18 months which resulted in expansion of facilities and replacement of operating systems and procedures. In spite of our best efforts, the inordinate demand for our products resulted in a reduction in our service level to our Sales Consultants and their customers as well as our retail distribution outlets. To restore our normal level of service, the Company utilized all available avenues to secure a workforce to process our order commitments. This resulted in inefficiencies including overtime pay, but resulted in reducing the order fulfillment time from 4-6 weeks to 7-10 days and is improving daily. In another effort to reduce costs, the Company implemented a warehouse work schedule Monday-Thursday 10-hour shifts and Friday-Sunday 12-hour shifts, which eliminated overtime and increased capacity by 69%.”

“Tightey Whitey” is not going to give anyone overtime. Why should he when he, his wife, kids and grand-kids work for free and look like some sort of superhero boxing “THOUSANDS” ( maybe in his head) of orders. We showed that orders are not being shipped in 7-10 business days. Consultants are also blaming UPS because they are not getting notification of their order being shipped. That’s not UPS’s fault. That would be a fault of Usborne: skipping the scanning process or lack of software to inform people their orders have been shipped.

Another letter of lies is circulating the groups of Usborne reminding people that negativity only brings on more negativity and provides these generic, robotic (aka I don’t care, but I’ll take your money) responses to not so happy actual customers:

Ya, one should feel so much better knowing you matter.  If you are a follower here, you are aware that just isn’t the case.

So to recap, Usborne and its Consultants have blamed: their software designer, shift work, and UPS resulting in delayed shipping. Let’s not forget the TNT. Consultants try to call home office, and get a busy signal for over two hours. If the person who started your support ticket and goes out of town, no one else can be bothered to resolve your issue—you just have to wait until they show back up to work.  For all we know, they may have quit, but you’d think if you have a ticket number someone could look up your account information, it’s the 21st century kids.  You have the ass kissing followers on Randall’s fan page (get a bucket) and you have Randall posting a picture of himself alone in a warehouse packing books. It has to be said again. Where the hell are the actual warehouse workers? 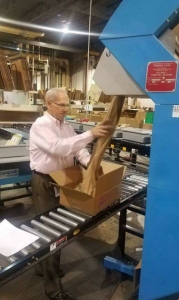 There are a couple of things going on here. One, shipping delays are looking more and more like they are being done on purpose. It makes Team Leaders, Directors and especially Randall White, now dubbed “Santa White” (again, get a bucket and stop calling him this.. you’re going to scare kids) look like heroes. Two, their higher level leaders earn their rewards and trips. Last, they make extra money off their unsuspecting downline. Not every up-line has every UBAM book in their hands. They go to the groups mentioned above and seek out the books for you and sell them to you when you fall desperate.

20,000 Consultants are not buying on the website. Many of them are inactive sellers. You have 2 groups on social media, one for Consultants to use for their customers to get a book faster, because the system is circa 1994, and another for Consultants to buy/sell/trade to sell among each other. It’s a carousel and the carousel never stops turning.

What this business model really is, is a product based pyramid scheme. We have confirmation of the CEO saying the consultants comes first and your order will keep getting pushed back, and you have a few groups who will sell to frantic Consultants when they have angry customers .

What exactly is a product based pyramid scheme? Here are five tell alls that this is exactly what this company’s business model is.

In all honesty, despite the sunshine pumping, you’ll have better luck at finding a Hatchimal at regular price than a customer getting their order on time for the holidays. By the way, you can go to Target and find them there this weekend.

That’s my take. Tell me yours

One thought on “Out of Touch, Out of Time”